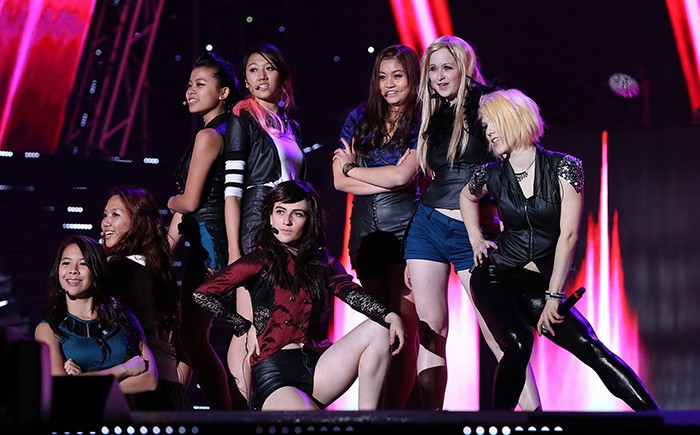 Starting this month, K-pop fans will be able to learn how to sing and dance like their favorite stars at 'K-pop Academies' set up at 20 different Korean Cultural Centers around the world.

Over the next several months, fans of K-pop will be able to learn the songs and dance moves of their favorite pop stars at Korean Cultural Centers around the world.

By enrolling in a class at the K-pop Academy, you will be able to take vocal and dance lessons from Korean instructors who have experience training professional K-pop recording artists. At the Korean Cultural Center in Los Angeles, former Big Mama vocalist Shin Yeon Ah will head the singing lessons. Meanwhile, Do Hee Sun, former vocal trainer for Taeyeon from the group Girls' Generation, will coach students at the center in Shanghai. Dance lessons will be given by first-generation B-boy dancer and JYP Entertainment dance coach Choi Jong-Hoan, and Cube Entertainment dance instructor Won Ji Hye, among others.

Below is the eight month schedule for the K-pop Academies. 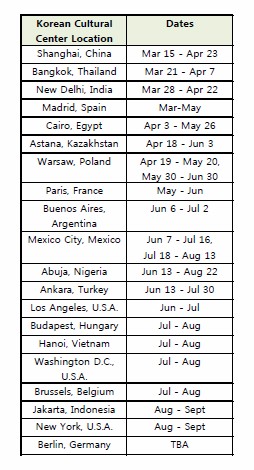 The location and website for each Korean Cultural Center can be found at Korea.net, below. The specific lesson schedule for each location will be uploaded to the homepage of each cultural center and are subject to change.
http://www.korea.net/AboutUs/Overseas-Korea-Centers/Korean-Cultural-Centers

Finally, in addition to lessons offered at the K-pop Academies, each center will be putting together a cultural program that includes Korean movies, dramas and other TV show screenings, and tutorials that showcase Korean makeup techniques and nail art.